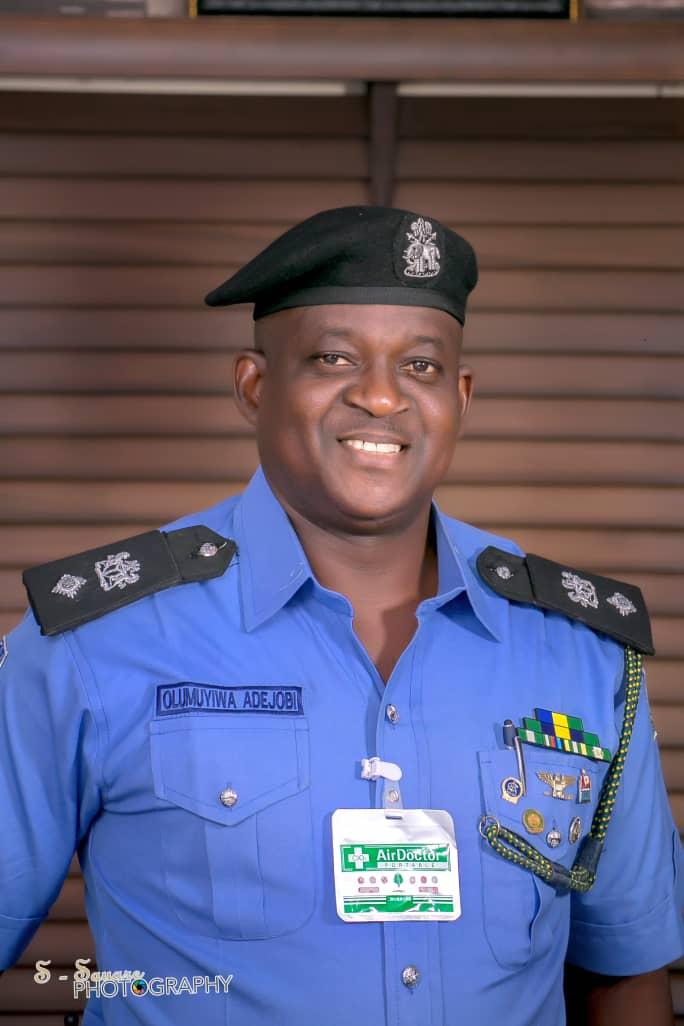 CSP Olumuyiwa Adejobi, an astute police officer and a professional public relations practitioner, is an alumnus of the prestigious University of Ibandan, where he studied Archaeology and Geography. He equally holds a Master’s Degree in Peace and Conflict from the same University. A product of the Nigeria Police Academy, Wudil Kano where he had his initial police trainings, CSP Adejobi has had a long stint as Police Public Relations Officer in Ogun State Police Command from 2008 -2016.

He equally served as PPRO Zone 2 Headquarters, Onikan, Lagos, in 2016 and PPRO, Lagos State Police Command between September, 2020 and August, 2021, when he was posted to deputize the former Force PRO, CP Frank Mba.

CSP Adejobi has carved a niche for himself in Police Public Relations Management with the experience he has gained serving as PPRO in different Police Commands and Zone for more than a decade.

Prince Olumuyiwa Oladunmoye Adepolapo Adefisoye Ayinde Adejobi is an epitome of princehood, cultural dynamism, moral values and African traditional evangelism, who thrives to uphold equity, justice and fairness in all areas of life. Muyiwa’s hobbies include Driving, Singing, Tourism and Playing Lawn Tennis. He is married to Olori Olukemi Adejobi, a Deputy Superintendent of Police, with lovable Children.

He has since assumed duty as the Force Public Relations Officer (FPRO), Force Headquarters, Abuja following the confirmation of his appointment by the Inspector-General of Police, IGP Usman Alkali Baba NPM, psc(+), fdc on April 19, 2022.